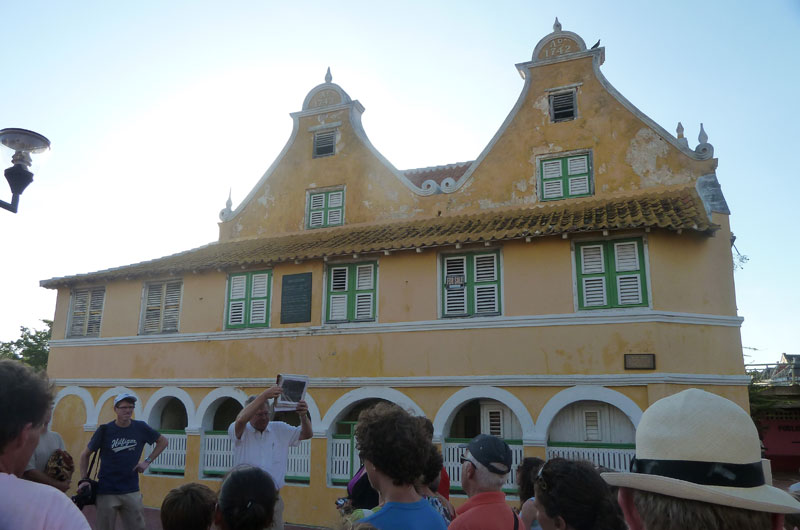 After you’ve experienced Curaçao’s fabulous, renowned “bocas” and beached yourself on its “playas,” intimate and very secretive smaller stretches of spotless sand, for a while, you will have many opportunities to learn about the rich history of this former Dutch colony, not all of it pleasant. Slavery provided plantation owners here, as elsewhere in the Caribbean, with a wealth of forced labor that helped early entrepreneurs realize fabulous riches. 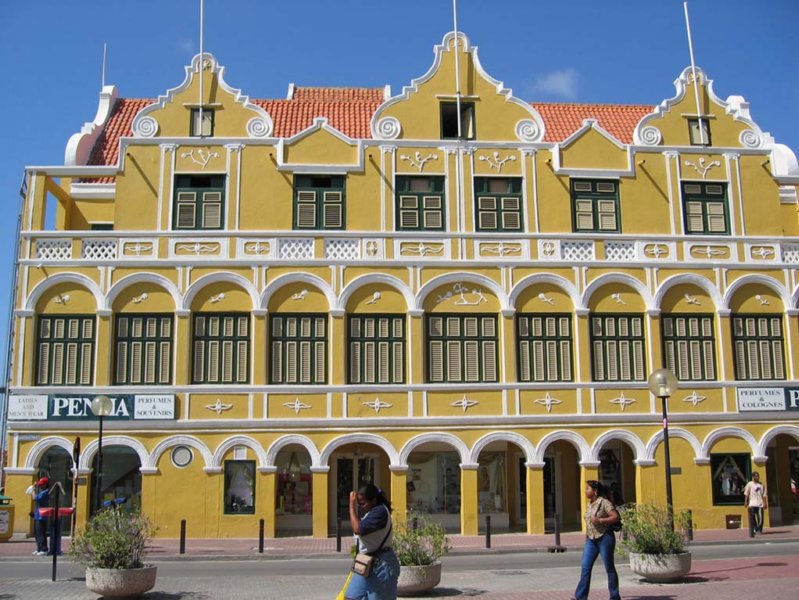 Curaçao is filled with both natural wonders and activities that will surely relax you. If learning about the nation’s past and sightseeing, however, is on your to-do list, then you’re certainly not looking for an amphibious-equipped bus shaped like a duck: The ideal mode of transportation is actually right below you and Anco Van Der Woude’s architectural walking tours will help you utilize your legs to see the island from a very unique perspective. Simply put, Curaçao was virtually designed for walking.

The traditional port town of the Willemstad district that is Anco Van Der Woude’s backyard is a very historic spot. One of only six Unesco World Heritage Sites in the Caribbean, it was recognized as such by the presitigious World Heritage Committee without any dissention on December,1997 during voting in Naples, Italy.The buildings you will peruse are therefore considered unique and interesting examples of European colonialism and if you have ever toured areas that were colonial playgrounds in their heyday, you know how beautiful and significant they are, architecturally. Historic Willemstad contains approximately 700 buildings considered protected monuments, so it’s a sure bet many will be lovely and photoworthy. 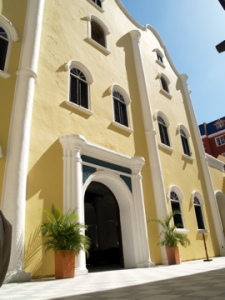 Anco Van Der Woude’s tours are offered upon request, so you can actually customize your tour, if something piques your particular interest. And you have a large number of districts to choose from: Punda, which was once walled, Otrobanda, Pietermaai and Scharloo form the overall region and several of the buildings certain to catch your eye include the Governor’s Palace, Mikve Israel-Emanuel Synagogue, the water-fronted Penha building and Fort Amsterdam key among them.

Aside from a sturdy, comfortable pair of walking shoes, all you need bring with you is some water, a sun-hat (dreary clouds are hardly used as props in Curaçao) and your imagination. Once bitten by the history resplendent in these historic buildings, it is far too easy to imagine you’ve been thrust a few centuries back in time.

While Curaçao hardly invented the slave trade, it certainly utilized the concept to the fullest, taking advantage of thousands of captive Africans long after the last slave ships unloaded their human cargo in 1788. By 1700, some 1,500 slaves were already expending blood, sweat and tears, until the abolishment of slavery in 1863, coinciding with its official demise in America. Almost 7,000 slaves realized their freedom here at that time and some of them remained, as share croppers, minor traders and independent artisans.

You will likely meet Curaçaoans today whose ancestors lived as slaves and hear their oral histories, but there is actually a spot where you can pause, enjoy the beauty and, if you close your eyes and listen long enough, hear the ghosts of long-gone slaves beckoning above the whispered winds.

Den Dunki National Park isn’t merely a natural wonder, but a former slave holding camp established by the Dutch in  the 17th century. Slaves were kept here following their brutal sea-bound journey from Africa, so that they could regain some semblance of health prior to being sold.

Following the emancipation of the slaves in the 19th century, the land was purchased by the wealthy Gorsira family – owners of the historic Landhuis Zuurzak – who recreated the park as a place that could be enjoyed rather than merely endured and survived. The park became a haven for swans and consisted of numerous ornamental water fountains, a large well and an impressive entrance bridge. Many of this original architecture still exists to this very day and the visit is enhanced by markers dedicated to the island’s past. If solitude is your preference, one may stroll along trails that weave through the property, making for an extremely peaceful escape from civilization.

Visitors can also look forward to hearing stories from that bygone, terrible age, against a beautiful, elegant backdrop that will make that history not only palatable, but extremely memorable. By remembering, you pay homage to an entire race that remains a key component in the economic prosperity that Curaçao enjoys today.

Next post Karnaval: The Ultimate Expression of Curaçao Culture