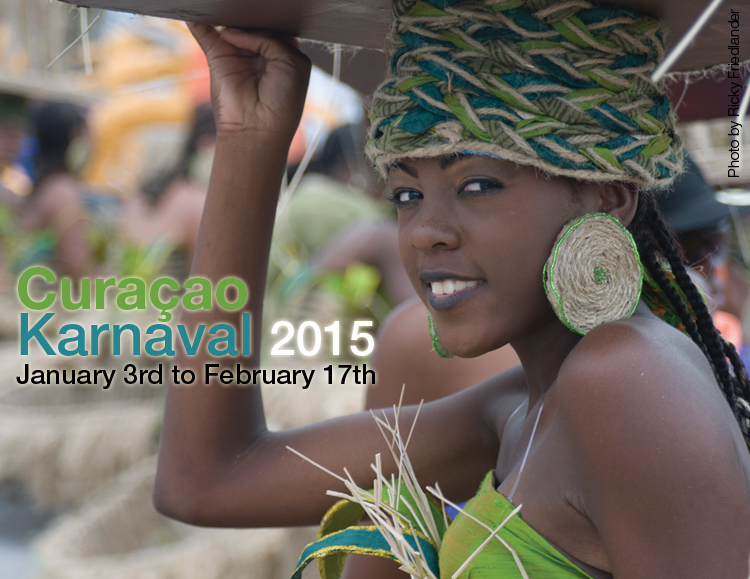 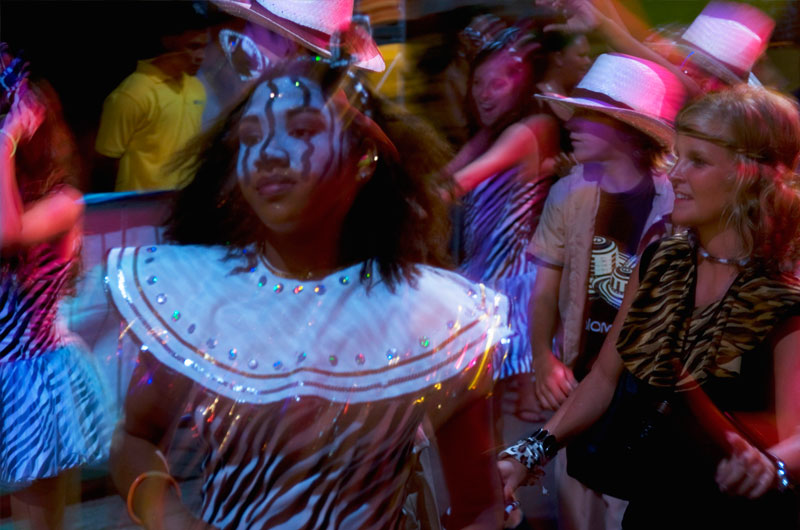 The ultimate expression of a people’s culture lies in the rituals and customs that dominate their celebrations. Yet it is only when we leave the comforts of our nest to explore beyond it that we realize this. There is no more perfect expression of Curaçao’s culture than the way Carnival, or “Karnaval” as it is referred to in Papiamentu, is celebrated on the island. It is not only demonstrative of its culture, but an eye into its “melting pot” roots. 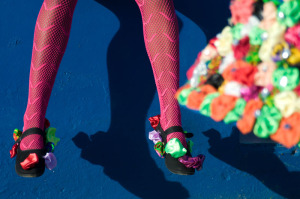 The origins of Carnival are uncertain. Some claim that it is a Roman Catholic celebration dating back to the 10th century when people were required to rid their homes and their lives of anything luxurious before the beginning of Lent, the period of abstinence and religious introspection before Easter.

It is from the Latin words carne levale, meaning “removing of meat,” that the word Carnival is derived from, meat representing luxury. Others argue it has its roots in the pagan rituals of the Romans, performed at the onset of Spring to rid the people of the bad and deathly spirits brought forth by the Winter months.

The Curaçao Carnival has its roots in these ancient rituals, as well as those of the peoples that made its way to the island from the 18th to the 20th centuries. Once the Dutch had established a considerable community on the island, they began to hold masquerade balls behind the closed doors of their plantation houses, much as they had done back in the mainland.  The slaves, in turn, also held their own celebrations, though less elaborate. Theirs were parties held in the fields where they not only performed the music and rituals of their native Africa, but also pocked fun at their masters.   In the latter part of the 19th century and the beginning of the 20th, immigrants from Asiatic lands, as well as from the Eastern Caribbean, brought their carnival traditions with them. 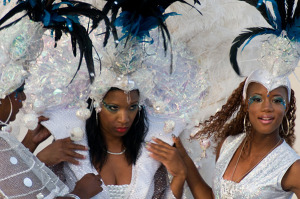 Tumba, the musical genre specific to carnival, has its roots in Tambú. In addition to the African beats, it has Latin American influences from merengue and the Venezuelan gaitas, as well as jazz. Its lyrics often talk about the joy of Carnival, its history, and the great feeling they feel during the festivities. Tumba is so important and essential to carnival that several weeks before the celebrations begin, the Tumba Festival is held to choose the official tumba song for that year. During the four-day long musical event, leading composers, singers, and groups compete for the coveted and prestigious title of “Rei/Reina di Tumba” (Tumba King or Queen). This means that your song becomes the official carnival march song that everyone knows by heart and is played everywhere!

Today, the official carnival season opens on the first or second week of January, or about 5 weeks before the Gran Marcha (Carnival Parade) takes place. During this time, the different carnival groups that participate in the parade hold street parties called Jump Ups to raise money, the Tumba Festival takes place, and the Carnival atmosphere is palpable all over the island as radio and TV stations blast the airwaves with the popular tumbas of the previous years.

In addition, the Prins and Pancho and the Reina di Karnaval are chosen. The Prins and Pancho characters are the bearers of the key to the city during the parade, and they are reminiscent of the merrymaking and craziness present in Medieval Europe. They are usually chosen from amongst the youth who perform humourous skits during the selection process. The Reina di Karnaval or Carnival Queen is also an important character whose beauty lights up the Carnival Parade. She is a representation of the Mother Earth image that was very popular in ancient times who was paraded within the villages to insure fertility and abundance for the town’s people.

“Karnaval in Curaçao is so important that it can even be said it is held sacred among the people.”

A couple of weeks before the Gran Marcha takes place, different groups and individuals prepare their stands along the parade’s route, by painting them and fashioning them in the carnivalesque spirit. Individuals even place chairs along the sidewalks to hold their spot for that important day, and no one dares to touch them!

All of the preparations and excitement culminate on the Sunday before Ash Wednesday when at 10:00am the parade begins. Thousands participate in the parade with their elaborate and colourful costumes. Groups blast the infectious carnival music, and no spectator just sits and watches. Everyone is engulfed in the festive atmosphere jumping and singing along with the parade’s participants. 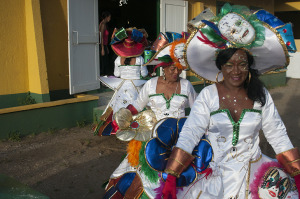 And there is never a shortage of food or drink throughout the day!

On the following Tuesday night, they do it all over again, only under the glow of the moon and lights. It is the Marcha di Despedida (the Farewell Parade). Carnival officially ends when Rei Momo or King Momo, who represents all the evil spirits, is burned. Yet it is not long after the burning and the fireworks have passed, when the people of Curaçao begin planning for next year’s Carnival extravaganza!

In the words of Eric Felix, president of the Carnival group T’Aki Tin

Eric is the perfect example of how passionate Curacao is about Carnival. From the early age of 9, he was drawn to its music and the colourful costumes. This year he completed his 22nd year as an active carnival participant!

He has now taken the reins of the Carnival group T’Aki Tin, loosely translated as “This is where it’s at,” of which he was a founding member 11 years ago. When asked why he participates year after year, he answers:  “It’s the wild and crazy time you have, and the great satisfaction you get from bringing people together!”

T’Aki Tin stands out from the rest of the groups not only because it is the largest, but mainly because of their amazing atmosphere and their good-natured approach to Carnival.  Their group is “the only that has the same euphoric vibe from the beginning of the parade until them end!”  Their costumes are light, colourful and accessible, and their main purpose is to have a good time.

Yet being completely involved in Carnival is not only having fun; it is hard work. Preparations for the following year’s parade begin in June and the stress level reaches its highest during the last two months when sleep becomes a luxury. The result is so satisfying, that the work is all worth it! The power of Carnival is such, Eric remarks, that “In a costume, anyone opens their house to you!”