A Window into the World of Dolphins @ Dolphin Academy 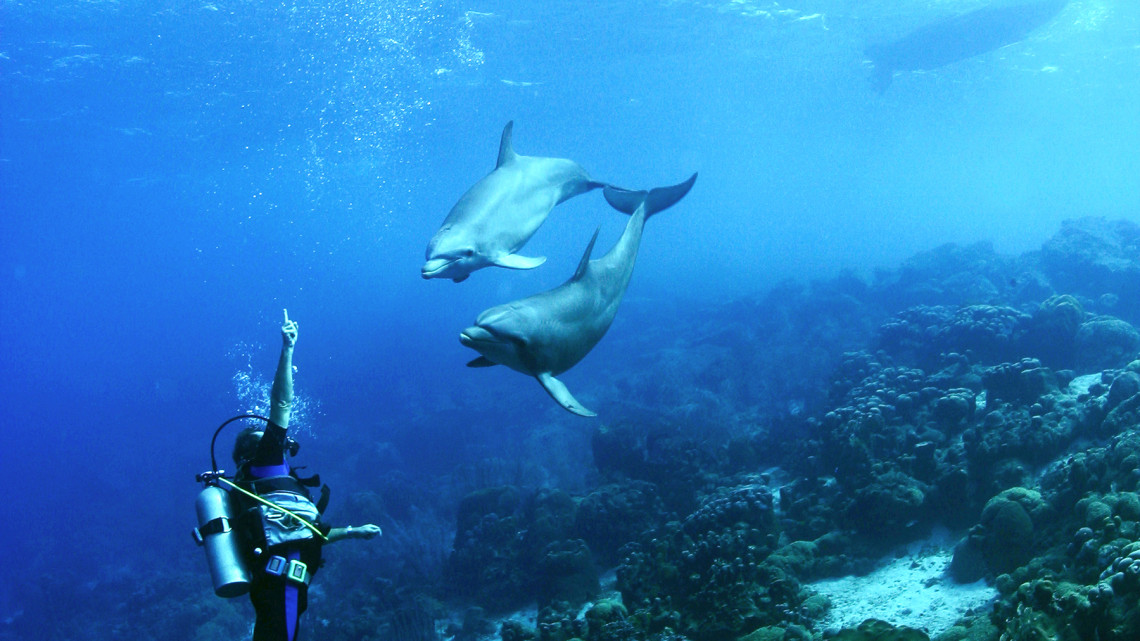 Founded in 2002, Curaçao Dolphin Academy offers visitors the opportunity to interact intimately with a community of bottlenose dolphins. Most of these encounters take place within the facility’s spacious lagoon adjacent to the sea. However, for certified scuba divers, a wide open coral reef sets the stage.

The question most people typically ask a trainer after hearing trained dolphins are escorted out into the open sea is: “How do you get them to come back? The fact of the matter is that leading them back home is the easy part. Leading them away in the first place is actually the most challenging. 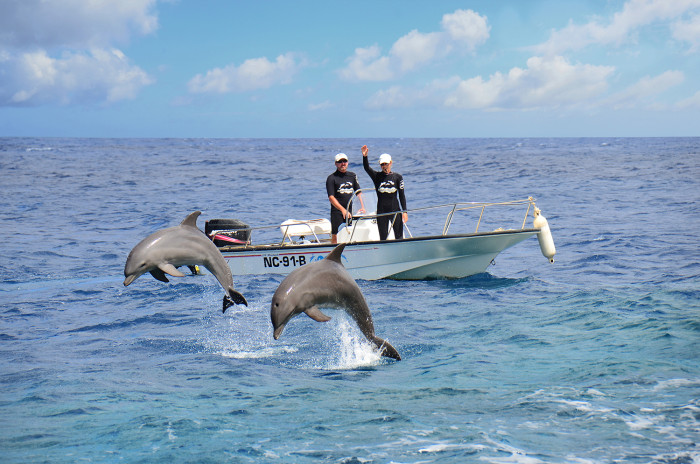 The “home” referred to is Dolphin Academy at the Curaçao Sea Aquarium Park and each day trainers and dolphins enjoy open ocean excursions involving scuba diving, snorkeling, and sometimes just playing around.

The dolphins consistently follow their boat to and from select dive sites. Although it appears effortless now, that wasn’t always the case. It actually took months of training in order for the dolphins to venture further and further away. While one might assume that asking a marine mammal to swim in the ocean would be simple, the dolphins have serious reservations about leaving the familiarity of their facility. Why is that?

Some may suggest that since the dolphins are fed throughout the day, they have grown dependent upon us for food. Yet these dolphins are proficient fishers and have no trouble whatsoever catching their own fish when they want to – both inside the lagoon and out at sea. In fact, mothers teach their calves how to catch fish just as they would do in nature. Part of the answer has to do with territory. Although we tend to think of whales and dolphins as nomads wandering about the world’s oceans; some species actually establish a home range in nature.

The species of Dolphin Academy is the coastal bottlenose dolphin, those that inhabit warmer waters of the Gulf of Mexico and the Caribbean and are believed to consider the inside of the facility, the lagoon, to be their “core area.” Outside of the facility, along the coral reef, they will only gradually adopt new territory into a wider home range. Through basic training techniques, the trainers are able to ease this introduction, teaching small behavioral steps which build upon each other called “successive approximation.” The first behavior the dolphins must learn is “gating”. This involves the dolphins learning to swim comfortably through an open gate and into unconfined water. This starts by leaving a gate open and letting the dolphins’ natural curiosity prompt them to explore a new area. By communicating approval of this action, the trainers encourage the dolphin to spend more time outside. 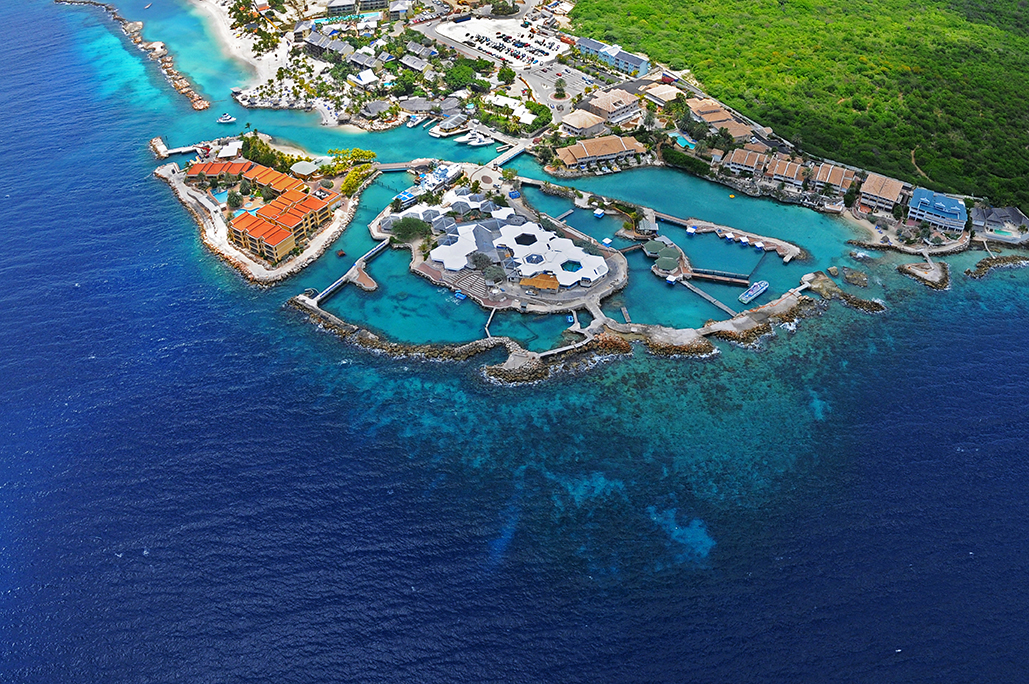 Trainers communicate with the dolphins using a high-pitched whistle to essentially tell the dolphin “yes,” or “correct.” The dolphins are excited by this sound, because it is always paired with some type of reward. While a dolphin’s favorite reward is bound to be fish; they also enjoy attention from the trainer in the form of vocal praise or physical petting or even getting into the water to swim with them, an excellent way of helping them feel safe and comfortable outside the lagoon. Eventually the dolphins will allow the trainers to close the gate behind them.

Once a dolphin is consistently gating outside, the boat is introduced. It departs from the dock and perform a tight circle for an immediate return. The dolphin is rewarded for staying near the trainer.  During the weeks that follow, the dolphin is slowly lead further out to sea, a few yards with each session. Since dolphins have very good spatial memory – they remember where they have been recently. Once the boat moves into unfamiliar territory, a dolphin becomes visibly nervous and has a tendency to race home ahead of us. It is within this range that a dolphin interacts comfortably during scuba diving or play sessions. One of the dolphins’ favorite activities is body surfing the pressure wave created by the bow of the boat.

The format of our scuba dive is spontaneous and the dolphins are free to provide us with a window into their world as we observe natural patterns of their behavior, such as a dolphin nursing her baby, catching fish and even occasionally engaging in sexual behavior. The dolphins also tend to seek attention from the divers by swimming close by allowing them to pet and interact with them.

Beyond the dolphins’ innate preference to establish a home range, there is more to the answer of “why do they come back?” Dolphin Academy has created a dynamic social environment where human beings are as much a part of the dolphin pod as the animals themselves. Although we may have eliminated the survival pressures associated with finding food and avoiding predators, we are obligated to provide the dolphins with a safe, interesting and stimulating atmosphere. Having done so may ultimately be why they come back.

Next post Stones of the Past: A PIECE OF JEWISH HISTORY IN CURAÇAO