Stones of the Past: A PIECE OF JEWISH HISTORY IN CURAÇAO

Many have heard that Curaçao boasts the oldest Synagogue in the Western Hemisphere, famous for its sand floors. Nestled in the center of Punda in Willemstad, the Congregation Mikvé Israel-Emanuel still functions as a temple with services and offers visitors an opportunity to see its exquisite architecture dating back to construction in 1730. 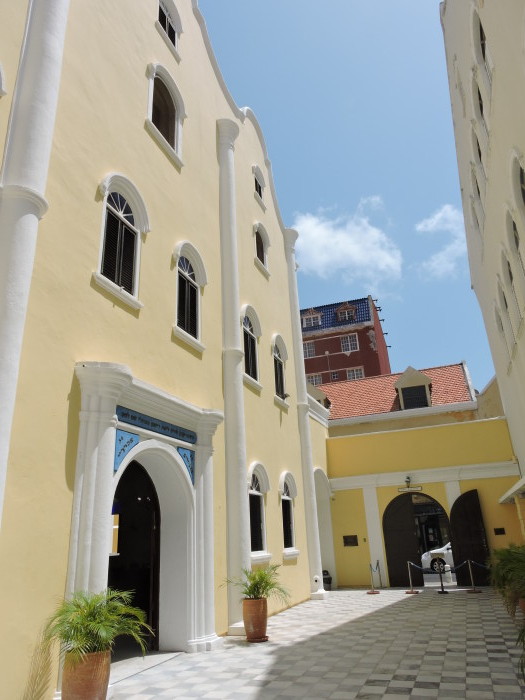 What many do not know is how deep the roots of Dutch Jewish life in Curaçao actually extend. This island has seen many changes in Jewish influence over the years. Visitors can find various Jewish denominations on Curaçao and also visit the Jewish Cultural Historical Museum within showcasing traditional artifacts and treasures of the past.

The Jewish community in Curaçao was founded in 1651 and a building is purchased by the Jews of Curaçao to serve as their first synagogue within the walled city of Willemstad. In 1674, a second building on Hendrikplein is consecrated and is named Mikvé Israel. Liberal views continued to grow on the island and members of the Mikvé Israel, began to modernize and seek change. Hence, in 1865, the stones for a new reform Temple Emanuel in Curaçao were laid. It was named the Temple Emanu-El. By 1729, the Jewish population of Curaçao, about half of the white population of the Island, had grown so large that the 1703 Synagogue could no longer seat all. A campaign was started to collect funds for building a truly large house of worship. The synagogue on the corner of Hanchi di Snoa and Columbusstraat, became after the merge with Temple Emanuel, Mikve Israel Emanuel. 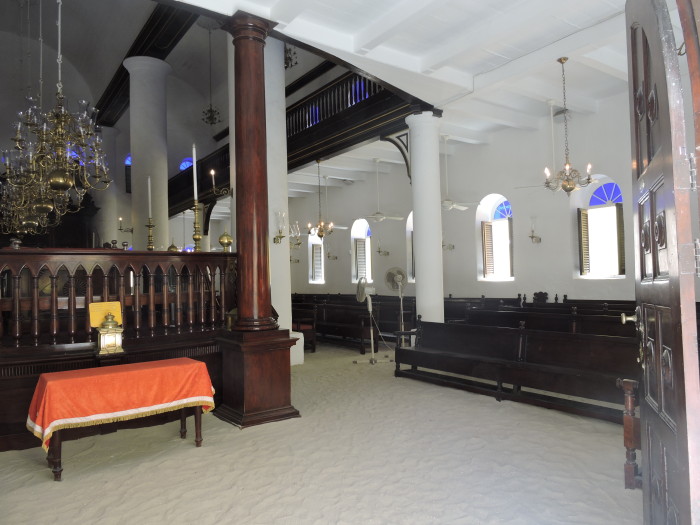 In 1989, the Temple edifice of the Mikvé Israel was sold. In 1999, this building was designated to house the Public Prosecution office of Curaçao. 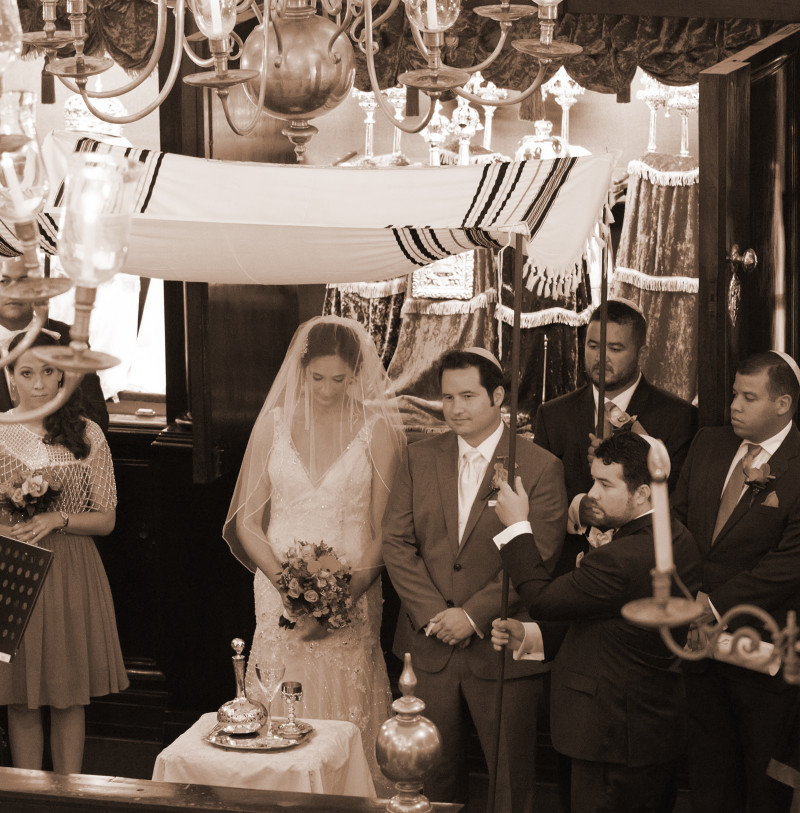 Today, Mikvé Israel-Emanuel continues to operate and, irrespective of ones level of observance, serves all Jewish people living or visiting Curaçao. Some have even chosen to marry in Curaçao in order to re-discover their cultural roots on the island. A young couple shared with us the highlight of their recent wedding celebration at the Mikvé Israel-Emanuel. The groom, Roderick, loved the beautiful Jewish history that resounded in their ceremony. Here is how he describes it:

Fayanne was born on Curaçao and I was raised there before we both moved away. Both our parents got married in the very same synagogue, so it was a homecoming of sorts for us. It was very special for us to get married in this 350 year old synagogue, with all of the candles lit giving it a magical atmosphere. The Jewish community in Curaçao is very small and its descendants are currently spread out across the world. Mostly in South Florida, New York and the Netherlands. Our connection with Curaçao remains strong. So for us, getting married there was a very natural thing todo. We could not have imagined tying the knot any other way.

Our wedding party at Brakkeput Mei Mei was our way of showcasing the best of Curaçao to all our international friends from around the world who made the trek to Curaçao for our special day. This is why we chose a plantation house (landhuis) as our location, a fantastic local band, and food with a local flavor completely within the tropical theme decor. Family and friends really enjoyed and appreciated being in tune with the traditional side of Jewish Curaçao. Our local roots band showed up to kick off the “hora loca”, a wedding tradition in recent years. Then along came bolo pretu, a moist and delicious fruitcake served as a traditional wedding cake of the Dutch Antilles, and we feasted all night. Celebrating our wedding on Curaçao was incredibly special for us, a memory we will treasure for the rest of our lives, and of which we’ll be reminded every time we come home to Curaçao.

Previous post A Window into the World of Dolphins @ Dolphin Academy