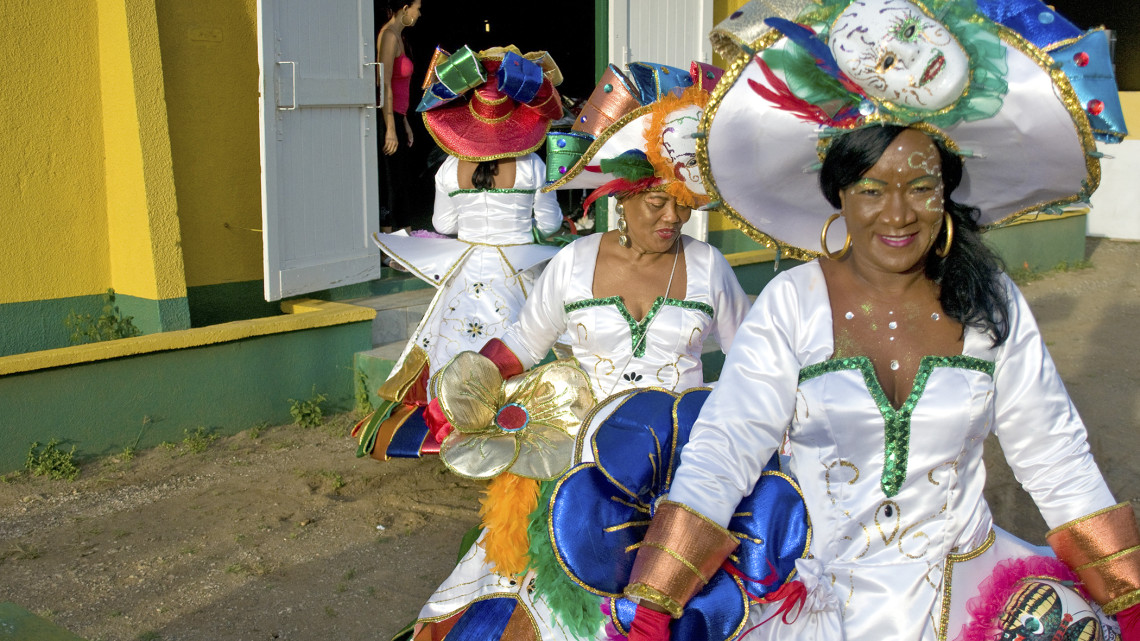 Every year Curaçao prepares for the annual Carnival, the Grande Marche and Farewell “Karnaval”, that makes its way through the streets of Otrobanda, culminating on the Brionplein with a celebratory bonfire of Momo. The crowd chants “Ayo, Momo” as they bid farewell to the symbolic spirit of the Carnival and welcomes the next day the season of Kuarisma, or lent. Karnaval concludes on Mardi Gras, but almost the following day begins the preparations for the next year’s celebration. Karnaval, in Curaçao, is a way of life- a right of passage- that is found flowing through the veins of its people. 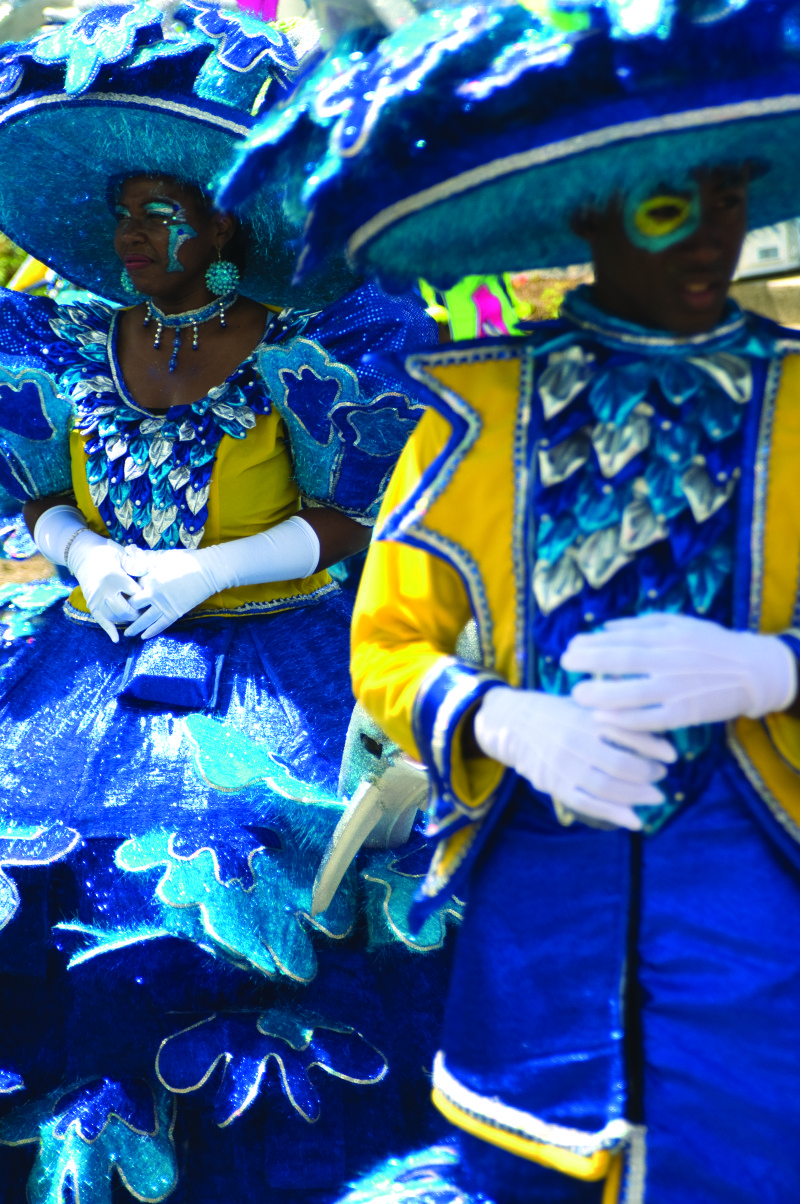 Months in advance, groups will begin to form, advertising their costume design and recruiting members. Some groups have been together for decades with men and women who have marched for as many years as this writer has been alive. The nine kilometer route, beginning South of the airport, winds through the streets of Santa Maria, Marchena and Otrobanda. The streets are lined with thousands of spectators who ready their chairs weeks in advance. The parade can last up to 4 hours with each group attempting to out-do the one before them.

The daytime Carnival, or Grande Marche, takes place on the Sunday before Ash Wednesday. It is long and hot with costumes as colorful as peacocks and music as deafening as a whale. These “peacocks” seem to have gained the ability to walk upright and bob to the beat.  The DJ for each group controls the heartbeat of the crowd with the dun, dun, dun, as the colors melt into one under the watchful gaze of the unforgiving sun. Carnival becomes a time to transform oneself, to slip into a different skin and embody the new persona if only for a moment. It is perhaps a way to find oneself under all the different layers of colored fabrics and sewn on sequins. It is a chance to stand out, or perhaps blend in, in a sea of endless color.

The Farewell Carnival welcomes the cooler temperatures and resembles a festival of fireflies as the sun goes down. The atmosphere is one where tourists and locals alike are without a care and free to party.

Over the years Carnival has expanded to include a broader range of participants.

The Sunday before the Grande Marche, young children can participate in the Kinder Carnival, a shortened parade specifically for Curaçao’s youth. Hundreds of children march in their thematically designed costumes to the sounds of the winning Tumba. The child whose song won at the Children’s Tumba festival in January leads the parade, singing and dancing at the forefront.

The Friday evening between the Kinder Carnival and the Grande Marche is marked by the Teener Parade. This parade features Curaçao’s teenagers, and is organized through the schools. A King and Queen are named,  and they reside prominently on a float at the beginning of the parade.

And not to be left out, Curaçao even celebrates a Horse Parade. This parade can be enjoyed the 2nd Sunday before the Grande Marche.  Featuring all of the horses on the island, they and their riders are dressed to the nines with paint and feathers and colorful accessories.

Dancing in the streets, taking selfies along the route, Carnival is forever immortalized in the minds of the dancers as well as the spectators.

Come out and celebrate this time honored tradition.

Enjoy the atmosphere, put on your brightest clothes, dance the Tumba and meet new people.

The positive energy that flows down the streets of the Karnaval is infectious.

Next post A Window into the World of Dolphins @ Dolphin Academy