You are a Hero Foundation 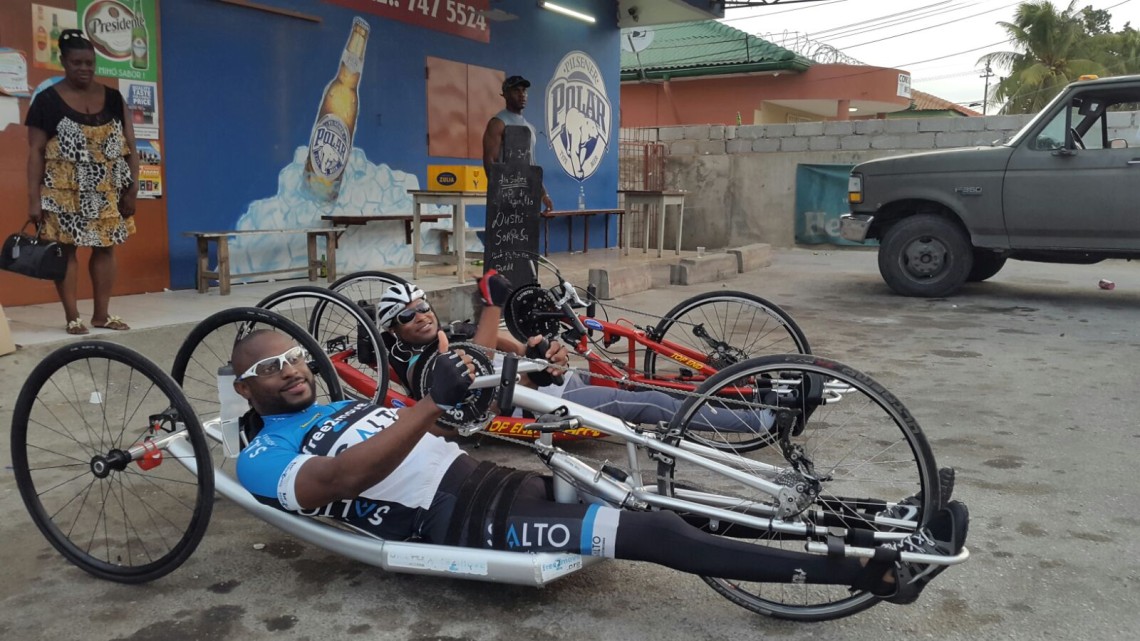 It all began 4 years ago on that particular Saturday in September 2011. Aksel Cijntje went out into the city for a drink with some friends when he got shot in the back.

This incident had him paralyzed for the rest of his life and landed in a wheelchair. He says: “From that moment, my whole life was turned upside down. Sometimes I felt that there was no reason for living anymore”.
After extensive treatment at UMCG, in Holland, followed by rehabilitation, he had to fully reevaluate life again.
He was a young guy in the prime of his life.

These questions, take a lot of courage, motivation and stamina to find the answers to. 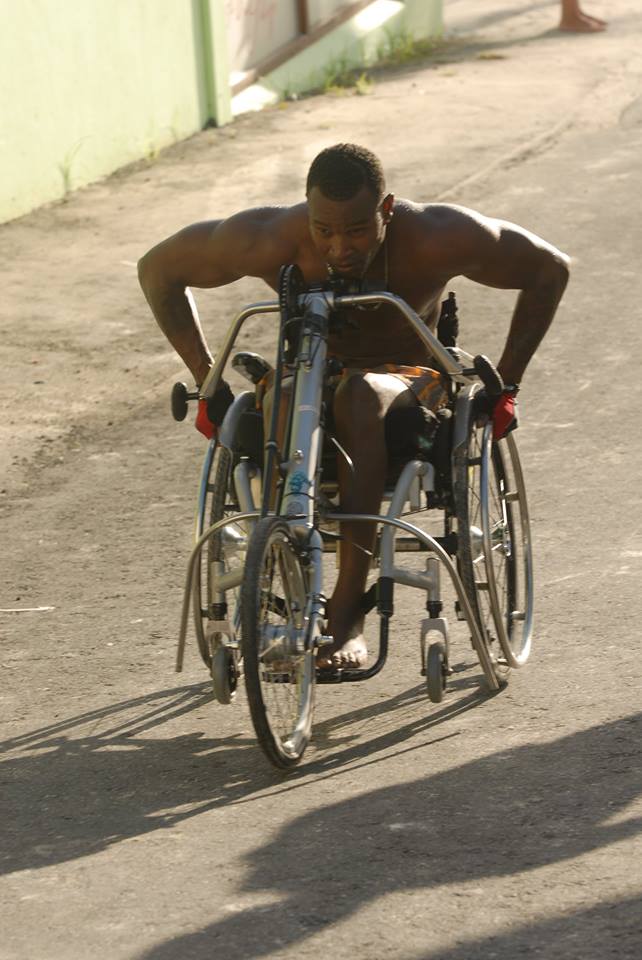 Aksel Cijntje demonstrated for the last four years that he does own all of these skills. Encouragement by new friendships made, his stamina was rebuilt, and his self-esteem gave him a new boost and zest for life again.

He has put his mind to the following;  he will become the best biker of the world in 2016, no matter what it takes.
He already won the silver medal and bronze medal for winning the Dutch championship 2015 for men and in the finals he placed himself in first place in the category H3 men of Holland.

His goal is to motivate others to not give up, so he founded this Foundation:
You are a Hero!

“On December 12, 2015,  I travelled to Curaçao to present my Foundation You are a Hero at the BootCamp Curacao.
This event was very successful with over 200 contestants. All the contestants had to swim, run, cycle and climb to get to the finish line. I found it very challenging and fun.
When I look back I am very proud of what we have accomplished and I am very happy that I have taken this challenge and made it to such a success. This wasn’t possible without all the support of friends, family and the Dolphin Suites Hotel. They have supported my foundation in many ways, especially the wheelchair accessible accommodation. 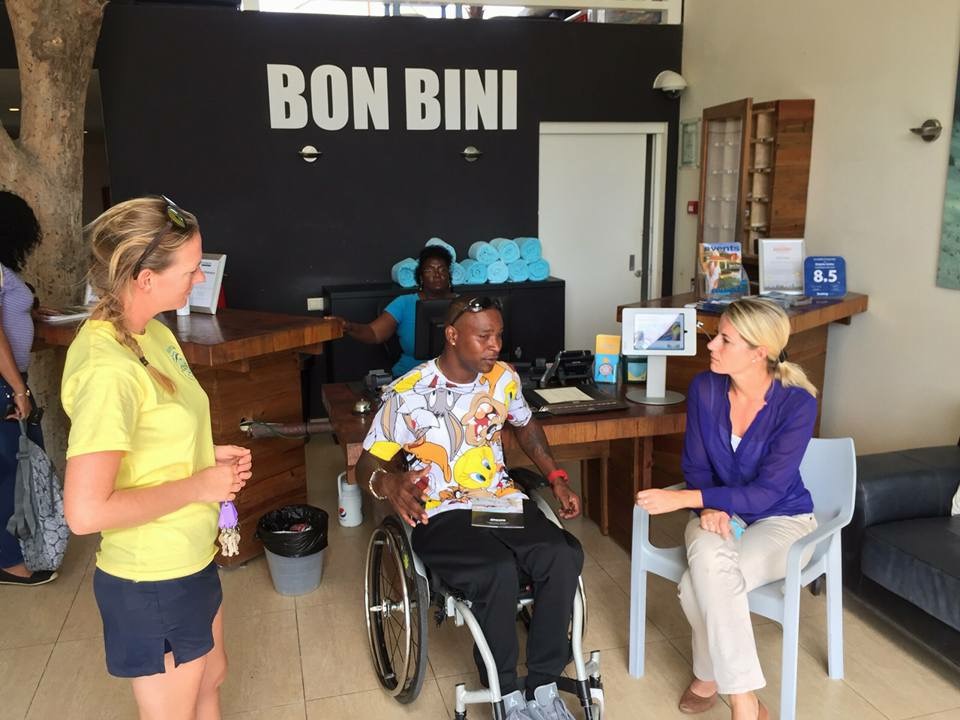 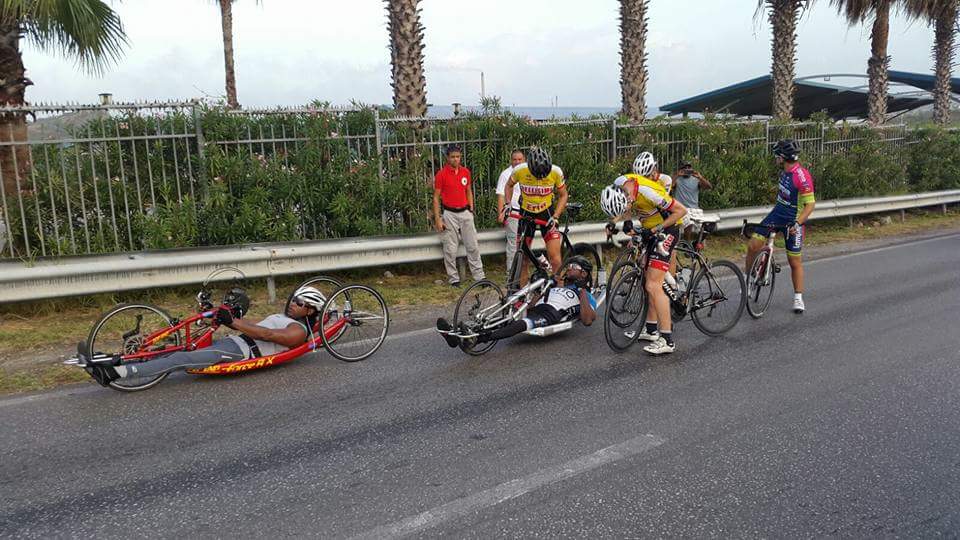 The day after the boot camp event, another event was coming up as well!
The Curaçao Handbike run.
All the way from Santa Rosa a small village in the center of the Caribbean island, to Banda Bou in the west. Escorted by policeman on motorbikes Aksel Cijntje, Sidney Bito and many other locals cycled on their bikes and reached the finish line in only 1 hour and 22 minutes, with a average speed of 33 km per hour.

“My goal is to organize another handbike run on Curaçao with all the national selected hand bikers of holland in October this year! 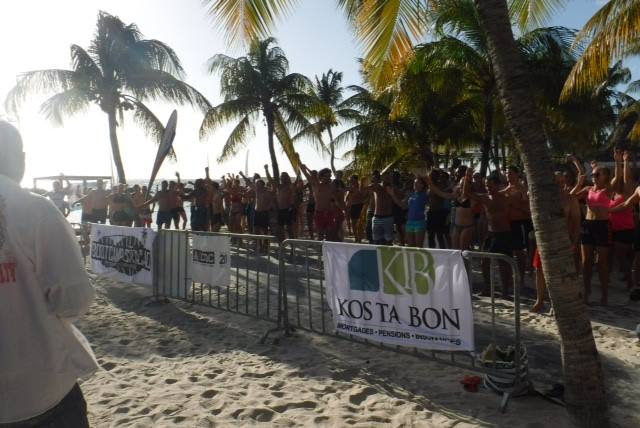 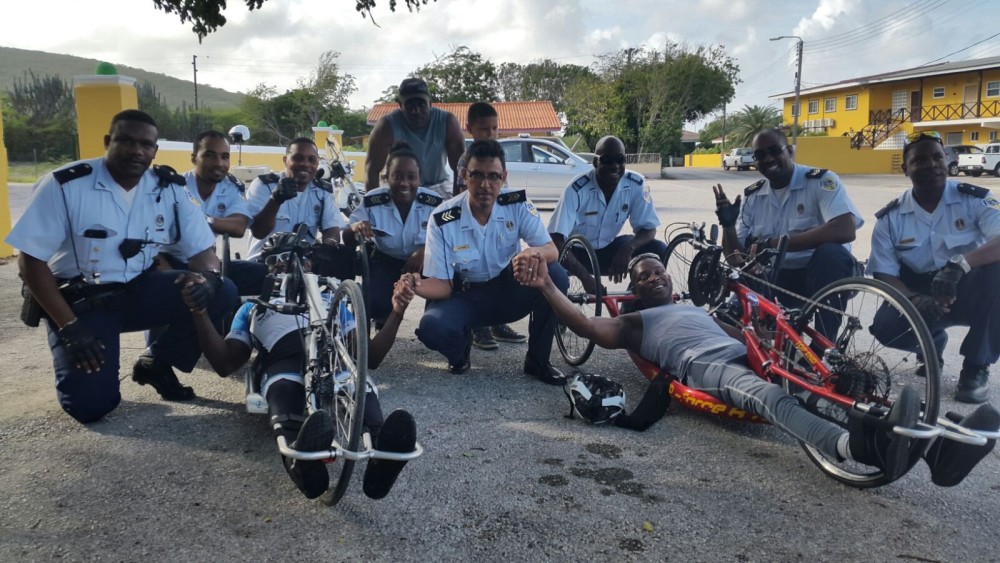