Sun-drenched Beaches and Beyond

The Power of Music is Back!

The Power of Music is Back! 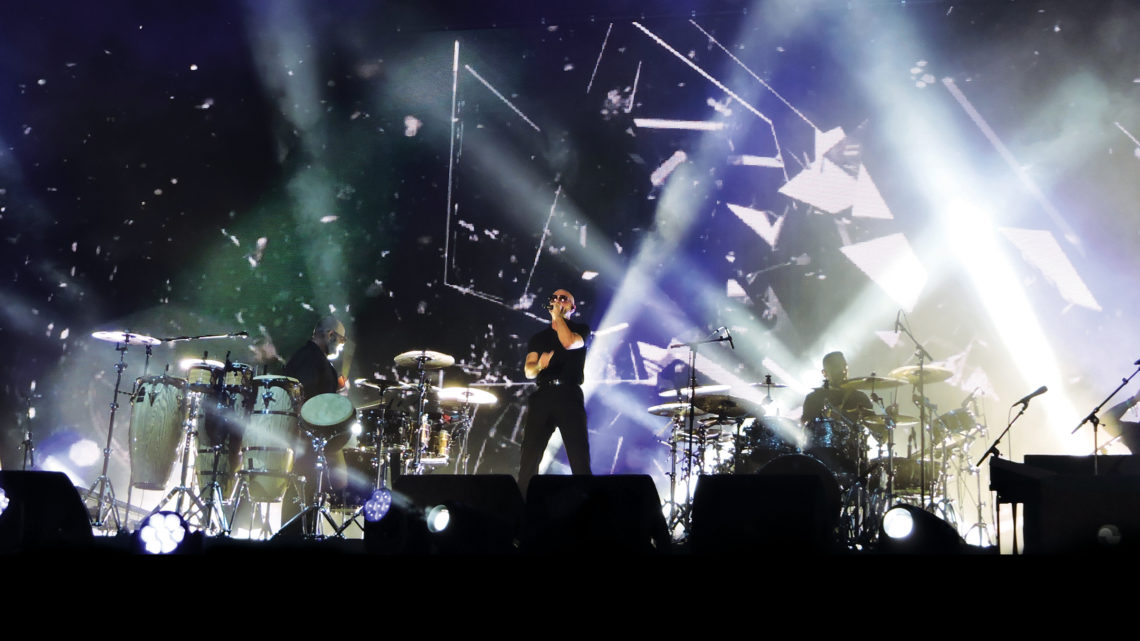 In 2019, the Curaçao North Sea Jazz Festival upped the ante with its latest edition where legendary jazz cats meet Latin, soul and Caribbean performing acts during an unrivaled three-day musical spectacle. Everyone attending could check out their favorite artist and move freely from stage to stage. The atmosphere was filled with excitement as locals and tourists, who traveled from South America, Europe, U.S.A, Canada and other regions, flocked to the beachside venue. Lets look back on a successful and energetic 2019 Curaçao North Sea Jazz Festival and look forward to more festivals on Curaçao again soon!

This year got off to a great start with the return of the legendary Dominican singer Juan Luis Guerra. It was his third performance at the festival which makes him the artist that has performed there the most. The talented performer has enjoyed an illustrious career selling over thirty million albums. In 2019, he received a Lifetime Achievement Award from the Billboard Awards in addition to numerous other awards, including 21 Latin Grammy Awards and three Grammy Awards. Juan Luis Guerra has captured our hearts with his many merengue hits and considers Curaçao his second home.  The party was definitely dominated by some renowned Cuban performers, starting off with salsa singer Aymee Nuviola, nicknamed La Sonera del Mundo. Nuviola kept the people on their feet with her powerful voice reminiscent of the legendary Celia Cruz. After joining the famous Cuban orchestra Pachito Alonso y Sus Kini Kini, Aymee and sister Lourdes became a household name as the Nuviola Sisters. Aymee later moved to Miami to pursue her solo career, and all the hard work paid off when she won her first Grammy in 2018 for her album “Como Anillo Al Dedo”. Finally, the Cuban Timba band Havana D’Primera took the stage for an electrifying performance that set the tone for what the 2019 Curaçao North Sea Jazz Festival would be. With seventeen members, Havana D’Primera, founded by Alexander Abreu in 2008,  is an energetic big band that had the audience swinging. Hips moved and people danced intricate improvised choreographies.

The second day of the festival kicked off with Mr. 305, Pitbull himself. He gave a stunning performance with charisma and rhythms that fused Latin music with pop and hip hop and lots of pyrotechnics. Pitbull brought along some sexy dancers and had everybody on their feet. The festival always tries to cater to a variety of musical tastes ranging from contemporary to Latin jazz, soul to pop to attract a diverse group of festival goers. Saxophone virtuoso Kenny G and reggae band Inner Circle took to their respective stages and gave unforgettable performances. It was incredible to hear Kenny G hold a 5-minute note as he glided through the crowd.

Inner Circle, also known as the Bad Boys of Reggae, performed their legendary hit “Bad Boys” and fans also grooved on “Sweat” (A La La La La Long), their ’90s megahit that sold millions of copies worldwide. Legendary performers Earth, Wind & Fire and Michael McDonald of Steely Dan and Doobie Brothers also gave epic performances. The pinnacle of the night was for lovers and hard core fans, where soul crooner Maxwell made everyone swoon and hold on to their partners and then headliner Black Eyed Peas wrapped up the unforgettable night with their dynamic performance and fans got showered with confetti rain.

This incredible evening showcased some musical powerhouses like jazz legend David Sanborn on his saxophone and reggae legends Third World, who kicked off the third day of the festival. Their unique reggae fusion that fuses soul, funk, and disco produced unforgettable anthems like “Now That We Found Love”. Then one of the most anticipated performances of the festival, superstar Mariah Carey, took the stage. For 60 glorious minutes, she sang most of her most popular tunes and even appeased the local fans by singing a snippet of “All I want for Christmas,” but quipped that it was a bit early for the seasonal staple. The legendary soul singer Gladys Knight also took the stage with a stunning performance. She returned to the festival after a six-year hiatus

to remind us why we fell in love with her. The audience enthusiastically sang along to her famous renditions like “Midnight Train to Georgia” and “I heard it through the grapevine” For the pop lovers, singer Aloe Blacc also gave a stellar performance at the waterfront Sir Duke stage. Headliner Adam Levine of Maroon 5 belted out hits like “She will be loved” and “Girls like you” and shook his hips like Jagger, keeping the Cuaraçao North Sea Jazz attendants on its feet. The festival was wrapped up with fireworks and an energetic beachfront performance by Reggaeton legend Nicky Jam, who warmed our hearts with his remarkable comeback story from addiction to stardom, reclaiming his rightful position in the Reggaeton pantheon.