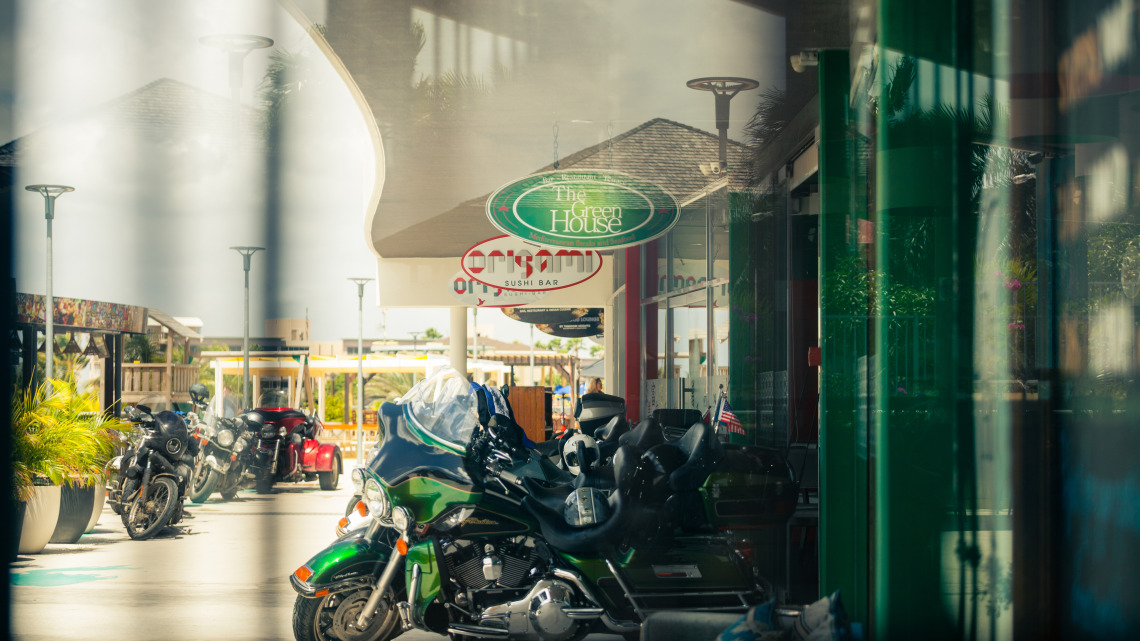 at The Greenhouse Restaurant & Origami

This was no ordinary entry. These guys from the U.S.A were hungry and eager to get to their destination after arriving by cruise ship – As soon as they were cleared at the port, they grabbed hold of their wives – with their second wives! Or the other way around as one of the members chuckled. These men, members of Easyriders, take their relationships to motorcycles very seriously – they don’t leave home without them! 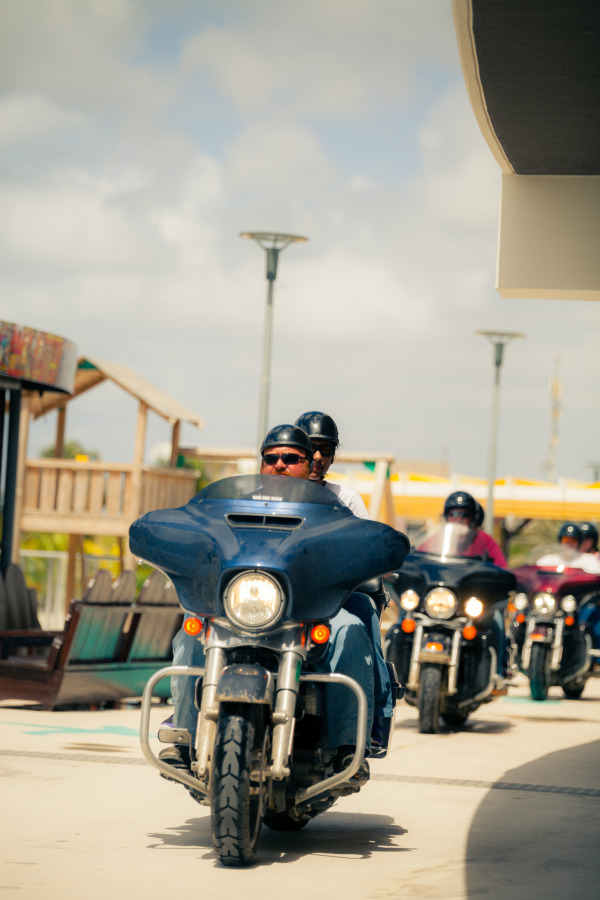 They cruised out of the port of Otrobanda, engines revving and pointed themselves to The BLVD at the Sea Aquarium Beach  – where the owners of the restaurant anticipated their arrival. A delicious, mouth-watering Oriental Buffet à la Green House Style and tables overlooking the beach terrace were set for a fairly large group of Easyriders Motorists. 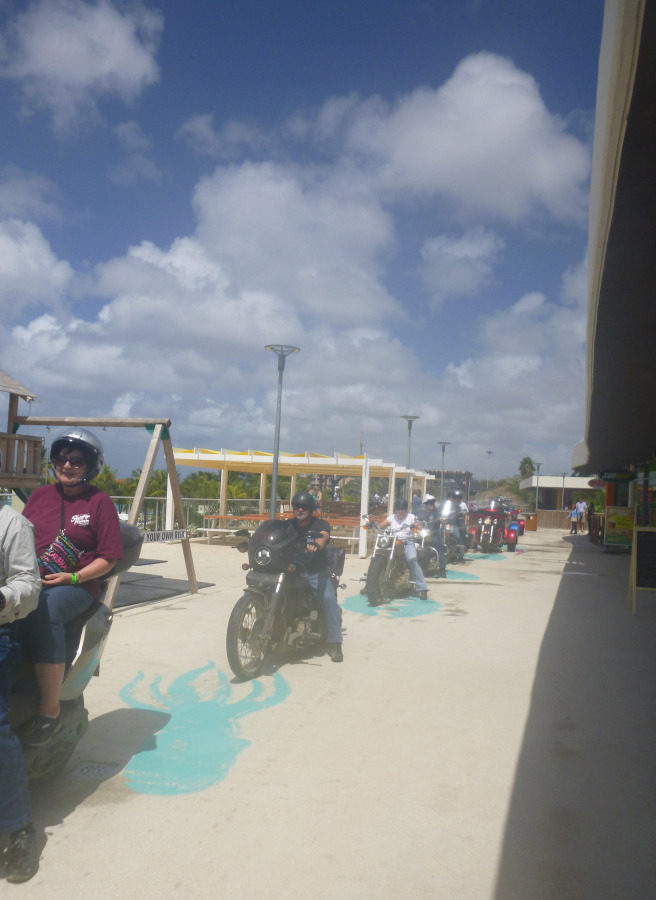 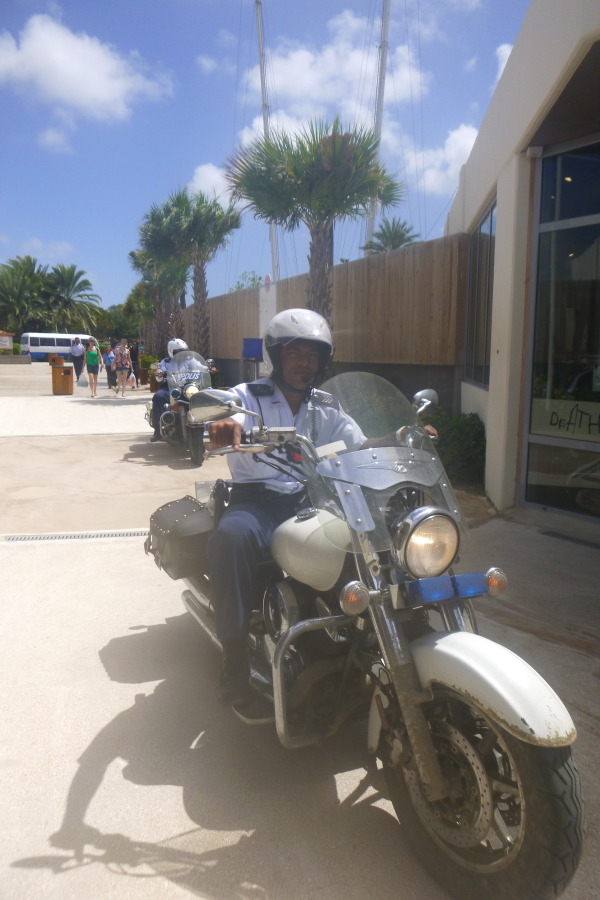 Escorted by Curacao Police on motorcycles, they glided through the main entrance of the BLVD in a straight line waving and smiling as I snapped away returning the gesture.
I’ve never seen such an organized and disciplined group of bikers. Within minutes, they parked their wonderfully maintained motorcycles aligned and facing the same direction. I just had to watch my step… reminded of a scene I saw in a movie once, where one bike was knocked over and then it was domino effect that led to a dramatic scene!
These bikers were casual and cool. One of them even let me sit ( and pose) on a bike. 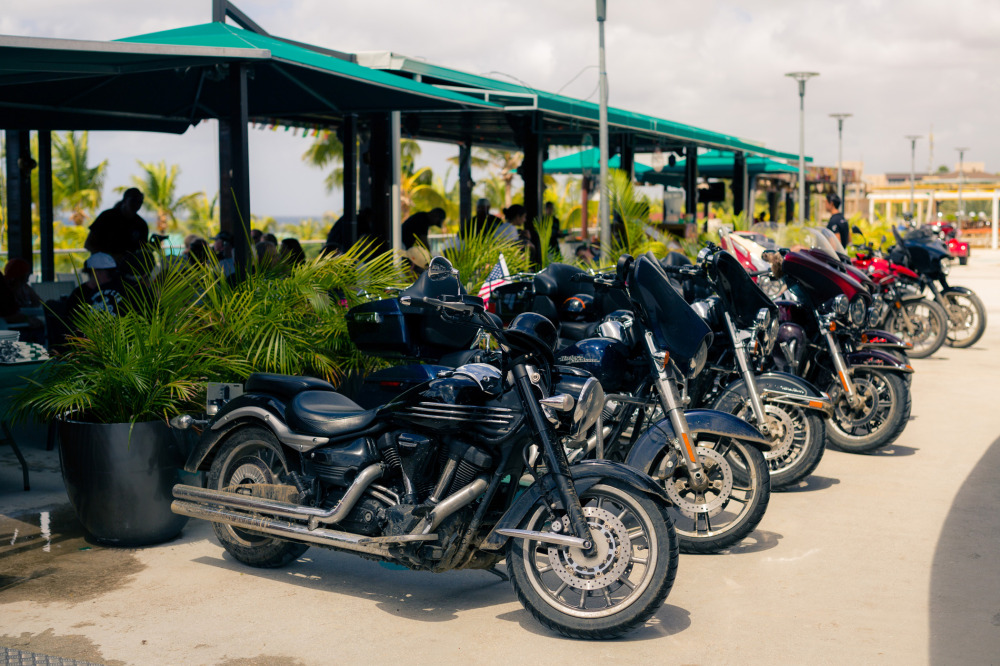 As a returning client to The Green House, I can confidently say that these guys’n’gals left very satisfied and little bit heavier on their bikes returning to the ship. 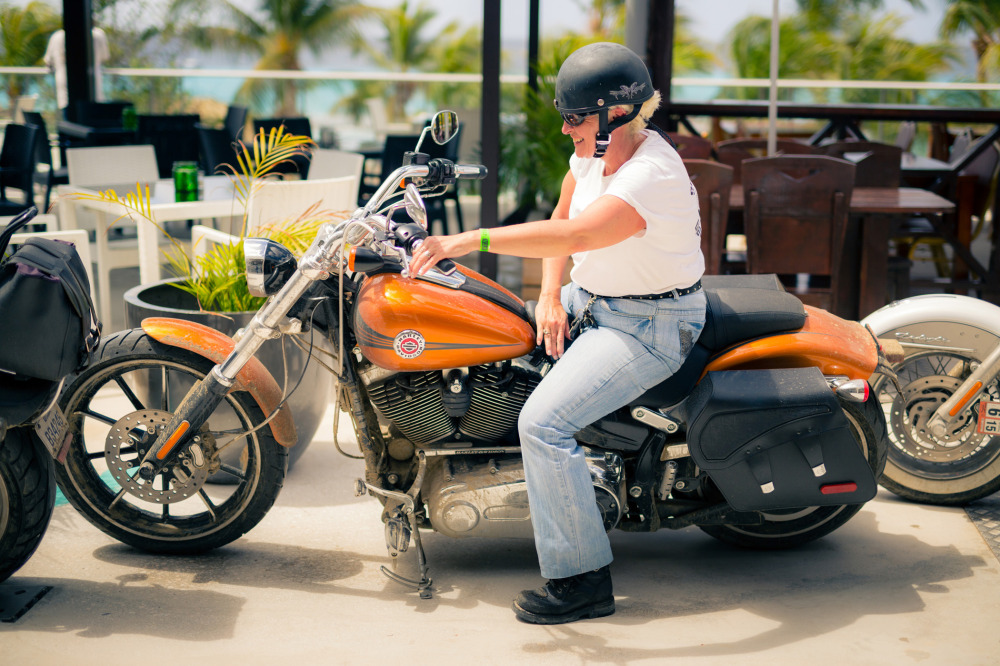 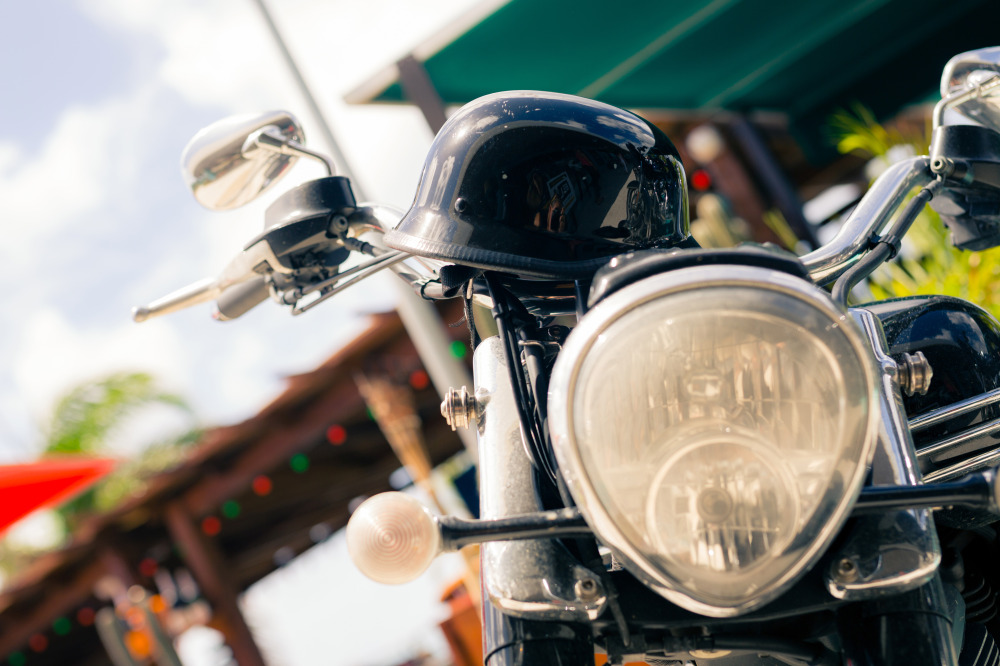 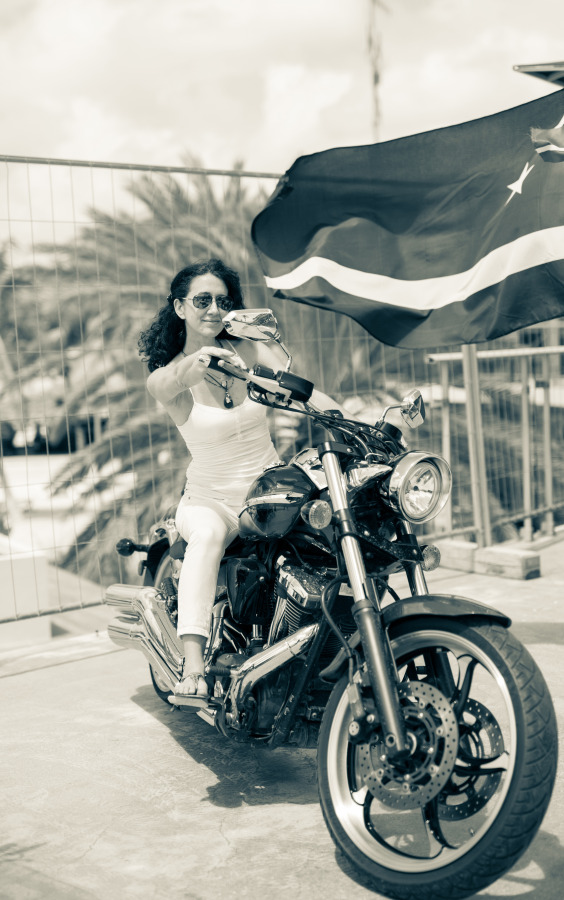