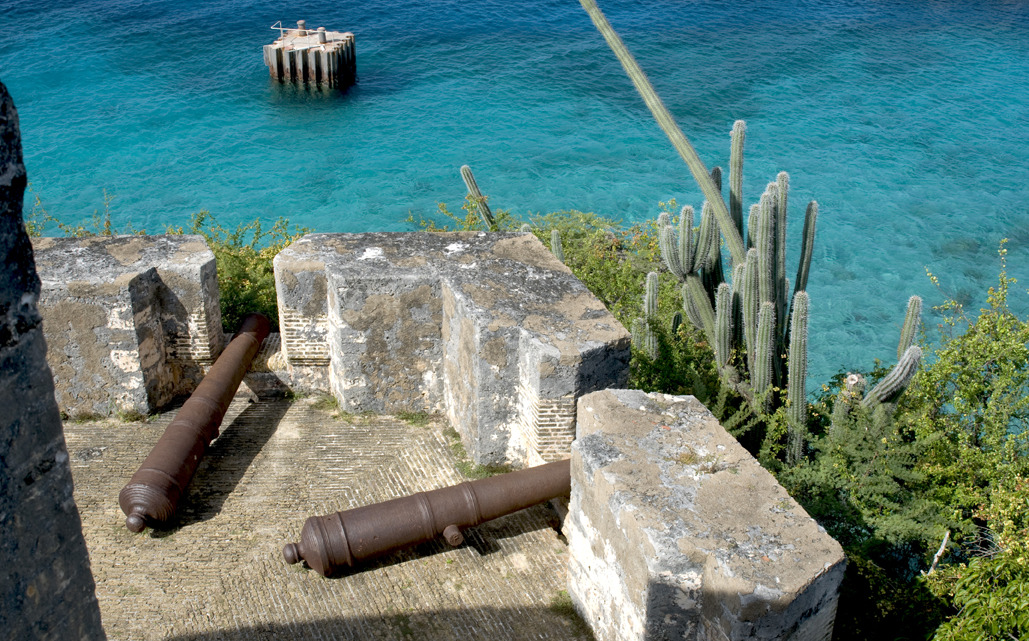 From diverse landscapes and beautiful beaches complimented by the rich history and architectural heritage evident throughout the island, it is this potpourri of elements that make Curaçao such an interesting and enjoyable island to visit.

You may want to learn about the island’s rich history and see some of its heritage by visiting the different landhuizen (plantation houses) or you may decide to explore different beaches and coves. Incorporating a bit of both would be the ideal way to appreciate all that Curaçao has to offer.

Curaçao’s modern history dates back to 1634 when the Dutch took over the island from the Spanish and developed Willemstad into one of the world’s finest deepwater harbor. Since then, Dutch heritage is very much alive and kicking. Curaçao is also ringed with colorful and charming Dutch-inspired architecture at almost every turn and the pastel buildings that line the canal divide Willemstad into two mini-cities: Punda and Otrobanda. An amuzing past-time in the city is to watch and wait as ocean freighters come into port, watch how the massive Queen Emma Bridge, which connects Punda and Otrobanda, swings open to allow their passage. Locals call the bridge “the swinging old lady”.

Throughout the past centuries, the island has experienced many economic booms, seen the development of the slave trade, hosted privateers, been a naval base, and seen its population increase through scattered waves of immigration.

All of these aspects and more have left an indelible mark on the island. You can learn about the rich history by visiting museums open to the public. Please refer to page 50 for a list of museums we highly recommend you visit while you are here. 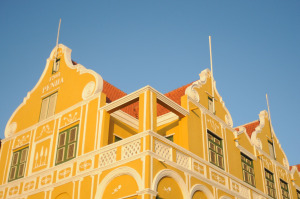 Penha House This iconic building is the first dated example of the houses built during the prosperous days of the 18th century and has always held a prominent position in Curaçao. It was built for a governor’s widow who was the mother-in-law of the governor then in office. In 1837, J.L. Penha and Sons bought the building from which the store continues to operate by J.L’.s great grandchildren.

The colonial houses of Curaçao

By the turn of the 20th century, there were up to 100 landhuizen on Curaçao. Today, about half of that amount remain, mostly due to the fact that the English burned a great deal of them during their short invasion in 1804. Many of these stately homes are now private residences, guesthouses, museums, galleries and restaurants while others serve as public buildings.

These plantation houses in Curaçao boast colorful, decorative designs and tropical architecture that are unique in the Caribbean. Here are few not to be missed.

Forts taking you back in time

During the colonial period Curaçao was a treasured outpost, and now eight of these forts still remain. Here are four to name a few: