Music in the air. The heart & soul of Curaçao 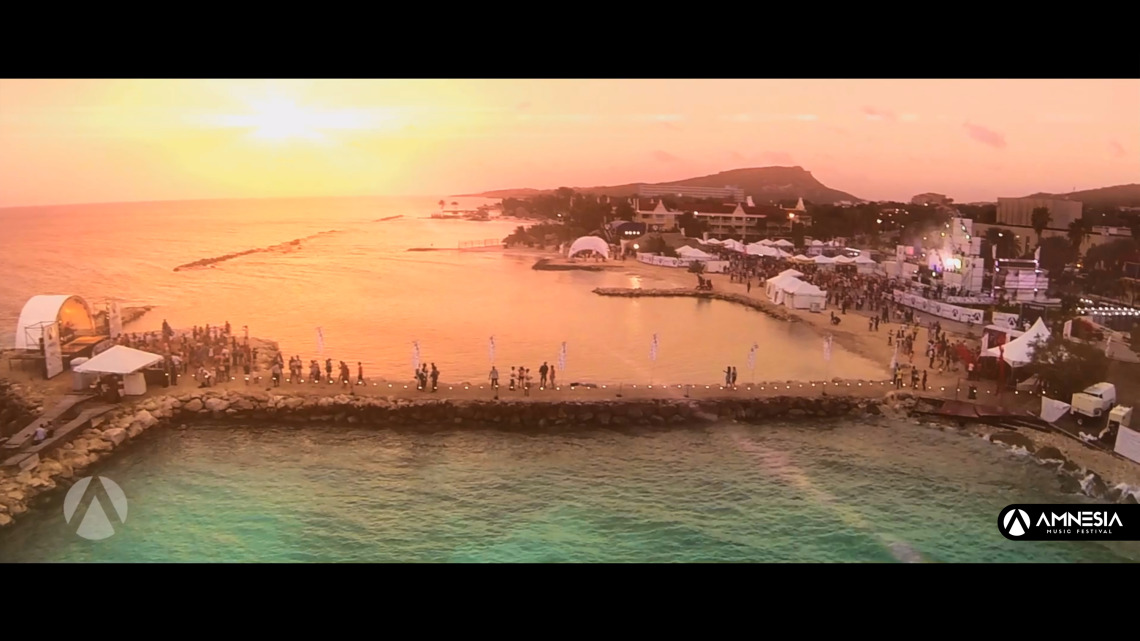 EDM is getting a Caribbean Makeover

Electronic Dance Music, also known as EDM, Dance music, or as Europeans call it Dance, is changing the Caribbean musical landscape like a tidal wave of beats and rhythms.

Throughout history, the Caribbean has always been a melting pot of cultures and flavors, where traditionally one would find a mélange of Salsa, Merengue, Reggaeton, Reggae, Dancehall, Soca, Calypso, Zouk and ‘Ritmo Kombina’. Curacao people are known for their diverse musical palettes and are quick to explore new sounds, especially if there is dancing involved. Around the millennium, the Curacao diaspora living or studying in the Netherlands, started to return to the island permanently and brought along a new sound that quickly began to dominate the club scène. Over the years, House and Dance music was carefully added to the DJs musical repertoire and was soon rebranded in the U.S. as EDM, to describe the rapidly growing commercial U.S. electronic dance music scene. In 2009, French DJ David Guetta collaborated with R&B singer Kelly Rowland on the smash hit ‘When Love Takes Over’, adding a new urban dimension to the already diverse spectrum of dance sub genres. In the Netherlands, the Dutch DJs were eager to cement their mark in the European and international music scene and were quickly producing the best, and wealthiest, DJs in the world. Soon enough local promoters and clubs started to bring these superstar DJs to Curacao, ranging from Armin van Buuren, Ferry Corsten, Fedde le Grand, Hardwell and Afrojack, just to name a few.

The EDM/Dance scene in Curacao grew gradually from sporadic parties to yearly staples that have become a force to be reckoned with. 2015 promises to be an eventful year for the EDM and Dance musical festivals, since there are over six confirmed events during the course of the year. Competition will be stiff and every promoter promises to outdo the other, so Curacao better brace itself for an epic showdown.

Su’Legria – Jan 2, 2015
When you fuse the love of EDM music with pulsating Caribbean rhythms, a phenomenon called Su’Legria is born. Pitched as the ultimate escape from reality, Su’Legria or ‘your happiness’ captures the scenic surrounding of its harbor location at ‘Kleine Werf’ and gathers thousands of fun-loving enthusiasts with the promise to be the perfect way to start the New Year. The Martel siblings first started with their bi-yearly events in 2011, and gradually popularized EDM and Dance amongst the local youth. They also catapulted Fuik Dag, a yearly tradition on the first Sunday of the year, worldwide by introducing their international guests to this well-kept secret. Here locals take their boats and yachts to the picturesque Fuik Bay for a day of hedonistic fun in the sun.

Latin Village Festival – April & October 2015
The first two editions of Latin Village Curaçao were held at historic Landhuis Brievengat on April 30th, the last official Queens day celebrated in the island. In October 2014, Latin Village aims to showcase the Latin elements of EDM and Dance, while using local musical styles as inspiration. By featuring DJs that blend in different cultural styles into their repertoire, Latin Village has introduced a unique concept that is resonating with the masses.

Amnesia Music Festival – June/July 2015
In 2006, the Samandar brothers started out with their annual New Year’s party that evolved into a respected brand called Amnesia Curacao, which today enjoys strong international recognition. Over the years, Amnesia Curacao used visual theatrics to produce the most innovative events, enhanced with spectacular stage and lighting designs, along with legendary artists who collectively created an extraordinary experience.
“It’s a hobby that got out of hand”, Walid Samandar admits with smile. “We truly do these events for the love of it”, he continues. Each year, they try to surpass themselves, and in July 2014, after a complete rebranding of their original concept, they introduced the first edition of the Amnesia Music Festival held at the Parasasa Beach. With over fifty acts spread over four stages, the festival wanted to remain true to the Curacao spirit by showcasing EDM, Urban, Reggae, Latin and Techno together, during a 12-hour musical extravaganza.

Smash the House Festival – Oct/ Nov 2015
Smash the House Festival is a partnership between the production company of DJs Dimitri Vegas & Like Mike and Kokomo Beach Curacao. Kokomo Beach, located at Vaersenbaai, is famous for its monthly Full Moon parties, which draws thousands of people every month.
The ambitious van de Mosselaar brothers wanted to set up the largest two-day festival of Curaçao, and in 2014, opened the festivities with an amazing lineup of DJs, like Lil’ Jon, Martin Garrix, Sidney Samson, Wolfpack and many more. They promise to exceed all expectations in 2015 and are coming out with guns blazing.
Most recently, EDM was declared the fastest growing genre on the planet, and with a surge of international talent and lucrative developments worldwide, everybody wants in on the action. In fact, we need to keep an eye on local artists like Shermanology, DJ sensation Alex Sargo and KIT, who are creating a name for themselves internationally. Curacao is quickly solidifying itself as a bucket list location of any true international EDM and Dance music lover, so let’s ride the tsunami of music that is coming our way.

For the past five editions, the hottest ticket on the island is without a question the Curaçao North Sea Jazz Festival. Every year, Fundashon Bon Intenshon and partners have raised the bar by presenting lineups that satisfy every musical taste and manages to transcend the generations. From Latin superstars like Juan Luis Guerra, Marc Anthony, Mana and Carlos Santana, to Soul legends like Diana Ross, Smokey Robinson, and Gladys Knight have graced the stage with their unforgettable performances. Funk masters like Prince, Raphael Saadiq, Bruno Mars and Janelle Monae, also made sure to leave their lasting mark. But the party isn’t restricted to the two-day event alone. Activities kick off all week with free concerts on the Brion Square, in addition to smaller warm up performances all over the island by buzz making up-and-coming musicians. Curaçao North Sea Jazz Festival has become a signature event to be proud of, since it places Curaçao in the international spotlight and cementing the island as a must–go Caribbean destination.

Curaçao Reggae Festival • August/September 2015
For its second edition of the Curaçao Reggae Festival, singer Junior Tecla and team Turtuga are on a continued mission to spread good vibes and promote local talent. After touring for many years with the Roots Riders during the memorable ‘Tribute to Bob Marley’ shows, Tecla will play host again to another unforgettable festival held at the recently renovated Landhuis Brievengat. During last year’s festival, the audience enjoyed the soulful melodies of Jamaican songbird Shuga, the talented vocals of Postmen’s former front man Maikal X, in addition to a captivating performance by Ashwin Jaydee. The artists were backed by an All-Star Reggae Band from the Netherlands, who in the past had accompanied renowned musicians such as Maxi Priest, Gyptian and Damian Marley. 2015 promises to be as memorable as last year so come and celebrate the spirit of Bob Marley by grooving to the many elements that makes the Curaçao Reggae Festival one of a kind.
Full Moon Parties @ Kokomo Beach

Full Moon Parties were popularized worldwide by backpackers in search for the ultimate party. Not to be undone, Curacao’s homage to the ultimate vacation tradition occurs every last Friday of the month at the Kokomo Beach, which has cemented itself as the largest beach party in the Caribbean. Located at Vaersenbaai, a 15-minute drive from Willemstad, Kokomo’s Full Moon Parties draw approximately 2000 partygoers that come to enjoy good music and a visual spectacle created by dancers, fire breathers and other entertainers. Every edition is saturated with surprise acts and international DJs, to guarantee the ultimate experience, and the party starts at 10 PM until 5 AM.
Tickets cost 10 ANG. and can be purchased at the entrance.