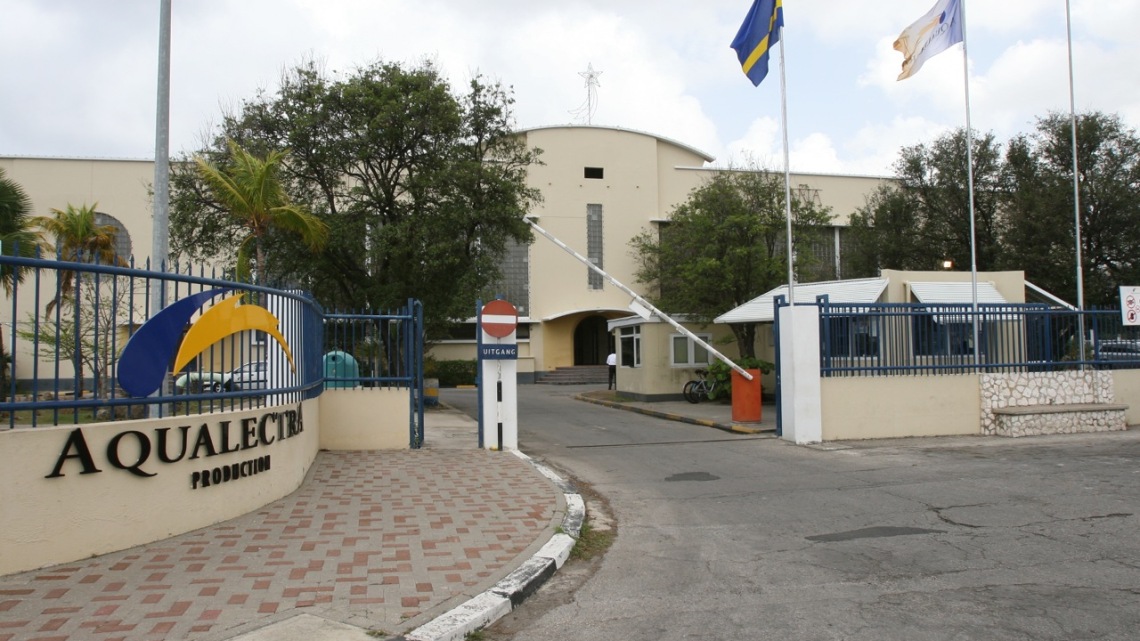 Curaçao is an island surrounded by beautiful, crystalline water.  The captivating ocean not only serves to attract visitors to the island, it is also a precious commodity for its inhabitants.  Unlike its northern Caribbean neighbors, Curaçao does not have abundant rainfall.

A total rainfall of 570mm (22 inches) per year is not nearly enough to sustain a growing population of 130,000 people, in addition to its visitors.  For centuries, the inhabitants of Curaçao relied on cisterns or wells for their drinking water.  As the island developed and its population grew, so did the need for fresh water.

In 1928, the government of Curaçao built a desalination plant at the Riffort and began converting seawater into drinking water.  The next twenty years saw the increase in evaporators needed to desalinate the seawater to a total of 12 units.   Some thirty years after the introduction of the first desalination plant, a new system was introduced.  This is a dual purpose system that uses the same amount of fuel to not only desalinate the seawater, but also to produce electricity at the same time.  It is this system that is still in use today.

The drinking water that is produced is further treated before it is ready for human consumption.  Since the water is too pure, it is processed with UV rays and chloride to disinfect it.  Finally, calcium is added to the water.  The desalinized product now has taste and can be officially called drinking water.

Such a process also requires constant testing.  The drinking water has to adhere to strict local and international standards, including those of the World Health Organization.   The laboratory at the plant is, therefore, constantly conducting chemical and bacteriological analyses of the water to maintain and guarantee the quality of the drinking water. Since 1998, the laboratory has been ISO certified.

Aqualectra, the local company in charge of producing and distributing water and electricity, continues to seek environmental-friendly and efficient ways to solve the islands water and power needs.  As the world realizes the importance of safeguarding and conserving the environment and its renewal resources, so Aqualectra has begun to  research “green” ways to fulfill the island’s needs.